St John’s College, Hastings: in partnership with Hawkes Bay Regional Prison was awarded an Arts Access Whai Tikanga Award 2018. The NZ Youth Award for Entrepreneurship, Ben Gardiner (Y12) who was in last year’s Social Enterprise team “Bruthas” will be presented with the National Trophy. This is one of the NZ elite business awards for youth. The school was also featured in the NZ Herald for their commitment to supporting What Ever It Takes (WIT), the region’s largest peer provider of community based mental health and addiction service and hosting the Government’s Inquiry into Mental Health and Addictions group.

Villa Maria College, Christchurch: Head of Junior English, Ms Annabel Wilson, book, Aspiring Daybook, was published in May, and has been named a finalist in the New Zealand Mountain Book Festival. Ms Wilson’s book tells the story of Elsie Winslow, who has returned home to Wanaka to care for her terminally ill brother Sam, and reconnects with an old boyfriend, glaciologist Frank.

Sacred Heart Girl’s College, New Plymouth: Mrs Amanda Brown has been appointed as Manager of the NZ Geography Secondary School Olympiad Team, chosen to represent NZ in the IGU – International Geographical Union Olympiad in Quebec, Canada. This team is organised by Geography’s national subject association, The NZ Board of Geography Teachers, in conjunction with The NZ Geographical Society and Science Olympiads NZ. Students are selected from a national competition run by the NZBoGT to compete in this prestigious competition.

Sasha Reid won Gold and broke a Taranaki record in the 100m Backstroke at the NZ National Age group Championships. She also won Gold in the U16 Run Swim Run Surf Life Saving Nationals. Jana Niedermayr has been selected for the NSS Girl’s Football (U15) team. Danelle Sadler and Jorja Rosser have been selected for Inline Hockey NZ Junior Womens Team for the World Champs, being held in Italy. Gemma Walsh, Lillian Syrus, Caitlin O’Connell, Tayla McLeod and Kaya Awahou are the U15 Indoor Netball National Team Champions. Tiana Davison was in the NZ team that won Gold at the Oceania U18 Rugby Championships.

St Mary’s College, Auckland: Sophia Davis is competing at the International finals of the Future Problem Solving Competition in USA. She is representing St Mary’s College and New Zealand and is competing in the Scenario performance section and her topic is Criminal Justice. Y12 International Student Yedda Chuhan Zhang won the “Who Loves Who” NZ Music Remix Competition.

Carmel College, Auckland: Tayla Dalton (Y12) named in the NZ (U17) Basketball team attending the World Champs in July in Belarus. Izabella Jurlina (Y12) has qualified for the World Championships in Rhythmic Gymnastics in Sofia, Bulgaria and two world cups in Russia and Belarus.

Carmen Haybittle (Y13) placed in four events that she competed in and won the Briar Smith Trophy for the manoeuvres based competition at the New Zealand Association of Women in Aviation’s (NZAWA) annual Rally in Whitianga. Carmen was also awarded the Collings Cup for the student pilot with the most scored points over all the competitions.

Marian College, Christchurch: Kate Fraser has achieved her New Zealand C Umpire status at a ‘premier’ game and has been appointed by New Zealand netball to umpire at the NZ U17’s tournament in Palmerston North in July.
Ria Kney who qualified for the Youth Olympic Judo squad. Ria is currently ranked 13th in World for U52kg Cadet Women and 14th in World U52kg Junior Women. She is ranked first in New Zealand. Jermaine Masangkay was selected in the New Zealand state Swim team to compete in Australia. Kate Taylor selected and attended an U15 New Zealand football talent ID camp and has been selected for the U15 NZSS team to travel to Australia.

Stella Maris Primary School, Auckland: Reeve Giddy placed 2nd overall in his class in the NZ Off Road Racing Nationals. 12 races are held over the course of a year. Reeve is the youngest competitor. 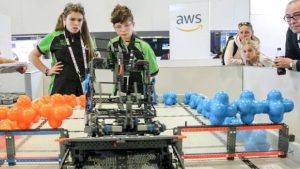 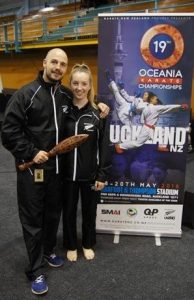 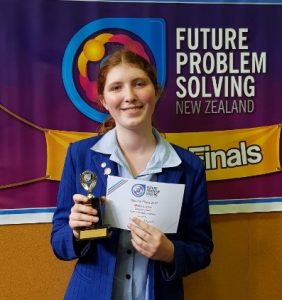 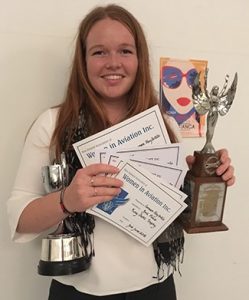