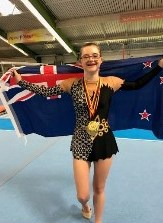 Baradene College Auckland: Gabrielle Salmon has become the World Junior Champion in rhythmic gymnastics at the World Down Syndrome Gymnastics Championships in Germany. Gabrielle came 1st in all her Individual Events, (ball, clubs, ribbon, and hoop).

Zosia Herlihy-O’Brien and Emily Carr are finalists at the National Chamber Music Contest. 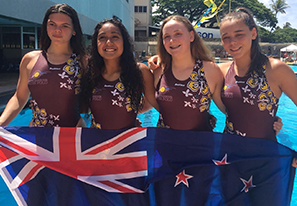 Trelise Dance has been named in the Swimming NZ National Squad for 2018/2019.

Samantha Milicich (Y12) has been selected in the NZ Waterpolo Youth team to play in the FINA World Women’s Youth Water Polo Championships being held in Serbia.

Elyse Tse has been selected to represent NZ at the ITF Oceania Regional Tennis Championships in Fiji.

Kaatje Umker placed 1st in the CSG Classic artistic gymnastics competition and has been selected in the NZ artistic team to compete at the Perth International Competition.

Frances Jonas has been selected for the NZ U17 Girls’ Indoor Cricket team to play at the World Series in Christchurch.

Natalya Carter has been selected for the NZSSAA Cross Country Team to compete at the Australian and All Schools Cross Country Championships in Australia.

At the NZSS Orienteering Championships the year 7/8 girls team came away as the Top Girls School.

At the Futsal Nationals the U14 Auckland team won the U14 division. This team included three Baradene College players, Olivia Page, Ruby Nathan and Gabriella Abraham.  Olivia Page was awarded the MVP for the U14s.

Siobhan Higgott is representing NZ in the 420 Sailing World Championships.

Vika Koloto (Y12) has been selected into the NZ Secondary Schools Netball team.

Carmel College, Auckland: Maddison Ryan was selected to take part in the UN Youth Global Development tour next year. She is one of 22 students selected from across New Zealand.

Ava Fitzgerald has been selected to represent NZ in Artistic Gymnastics.

Grace Stephen, Moira Macdonald, Sam Rooke and Darcy Spark represented North Harbour Waterpolo in the Hawaiian 50th invitational tournament in Honolulu. The girls played in the U14 division and were also entered in the U16 division. They had outstanding games against Hawaiian, USA mainland, and Australian teams, remaining undefeated and winning Gold medals for the U14 and U16 divisions. Darcy Spark was awarded tournament MVP for the U16 division.

St Peter’s College, Auckland: Jamie Laing and Kyle Sterne (Y12) attended the National Chinese Speech Competition and their cultural performance (Xiang sheng – a re-enactment of a traditional Chinese talk show) was awarded the “Best talent” prize. They received $500 in prize money and were awarded a scholarship of a fortnight trip to China in December. To watch Jamie and Kyle’s performance click here.

Jamie Laing (Y12) also won first prize in the National Chinese Speech Competition and will now represent NZ with three other students at an International Competition in China. Ms Zhang won best coach and will accompany the students as coach of the NZ team for this competition.

Marcellin College, Auckland: Adam Niziol represented NZ in archery at the Oceania Championships in Noumea. There were 92 archers from nine countries competing. Adam had an injury but worked through this to achieve two bronze medals. 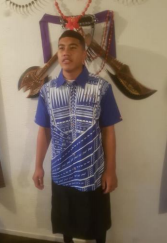 Liston College, Auckland:Michael Kennedy participated in the Otago University Junior Mathematics Competition and received a score of 99%, placing him first in NZ.

Nathan Lobo has been selected for the NZ U17 Football team to compete in the Solomon Islands.

Evangel Lo Tam was part of the Waitakere U15 Basketball team that won the NZ National U15 Championships.

Sacred Heart Girls’ College, Hamilton: Kayla Goodwin (Y12) has been selected by NZ Athletics to compete at the 2018 Youth Olympics in Argentina. She will represent NZ in the Triple Jump. She broke the previous record earlier this year with a jump of 12.62m. She also broke the U17 Heptathlon record this year with 50017 points.

Eva Zylstra has been selected by Hockey NZ as a Junior Black Stick.

Sophie Daborn was selected to compete at the Taekwon-Do World Cup. 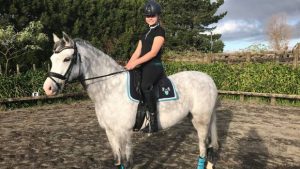 St John’s College, Hastings: Rhyva van Onselen competed at the Oceania Champs for Taekwondo, placing 1st in Sparring and 2nd in Patterns.  Rhyva qualified for the World Cup in September. 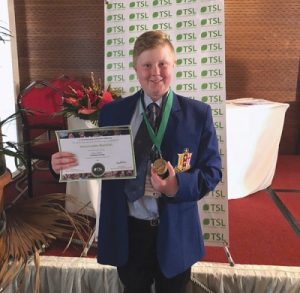 St Bernard’s College, Lower Hutt: Student Jack Tetley (Y9) featured in the Education Gazette (13 August 2018) for his volunteer work at the Island Bay Marine Centre. The article noted that he has attended the Trust for Sustainable Living 2018 Schools Essay Competition and Debate in the Seychelles. His essay focused on the over-use of plastic. He was the only New Zealander to enter and win at the competition (link here).

St Catherine’s College, Kilbirnie: Parents organised a Ball on a Budget event which was about making the Y12 and Y13 ball more inclusive and affordable for everyone (link here). 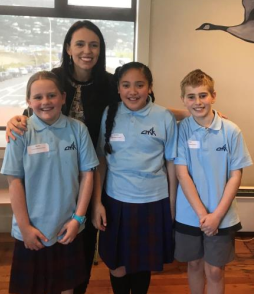 Cardinal McKeefry School, Wellington: Students Rian, Gerardine and Maddie, who wrote to Prime Minister Ardern about rubbish, plastic and the impact of waste on the environment, were invited to speak at the Prime Minister’s announcement that plastic bags will be phased out over the next year (link here).

Christ the King School, Christchurch: was one of the schools whose work was highlighted in an article in the Education Gazette on 27 August 2018, Parent-School partnerships key to increasing achievement (link here).

Middleton Grange School, Christchurch: Rachael Winder was selected to go to Chile for a week as part of the Young Enterprise Scheme. This is sponsored by the Latin American Centre of Asia Pacific Excellence. She will make site visits to established companies and start-ups, and will meet with local business leaders, engage in a variety of cultural activities, ad partner with local students to participate in a business challenge.

Isaac Milne was named MVP at the Indoor Cricket Junior Provincials and was selected for the NZ team to compete at the Junior World Series.

Helena Tulia and Ellie Jung represented NZ at the U17 Korfball World Cup in the Netherlands. The NZ team were awarded the Fair Play Trophy for the tournament, for showing respect for the game, officials and other team members 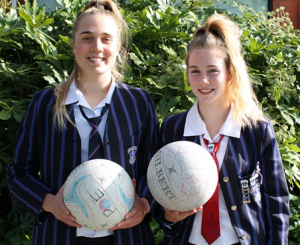 Olivia Burnham (Y12) and Georgia Stroud (Y13) have been selected for the NZ Secondary Schools netball team, which will compete against English and Australian U17 teams.

Kaylee Jackson competed in the NZ Open Swimming Championships winning a gold medal in the Open 50m breaststroke, breaking the Canterbury Open record which has stood since 2005. Kaylee also won a bronze medal in the 100m breaststroke.

St Joseph’s School, Fairlie: Archie was judged as the NZ first place winner of the Colgate’s Bright Smiles, Bright Futures Global Art Contest.  The judges loved his artwork because of its creativity, use of bright colours and for the way it captured the theme of “Why my bright smile is important”. 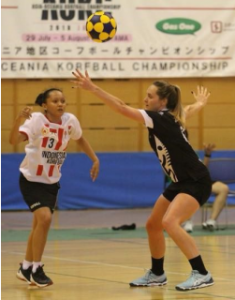 Teacher Megan Shea represented NZ in Korfball in Japan. The team’s performance in Japan qualified them to attend the World Championships in South Africa in 2019.

Kavanagh College, Dunedin: Baiyok Arunya (Y13) recently starred in a video to promote New Zealand Education in Thailand. Baiyok, plus many other Kavanagh students and staff, was filmed at school and the resulting Education NZ video will be used online and in trade fair campaigns from September. The advertisement was posted on YouTube.

Luca Holloway has qualified for the Grand Final of the NZ National Spelling Bee.

Michael Louw-Young competed at the NZ Jnr and Youth Darts Championships.  With her results from this tournament she was selected to the NZ Junior Rep team. She is now ranked 4th in NZ.

Hunter Burke who won the Seniors Men’s and Open Doubles event at the NZ Luge Championships.