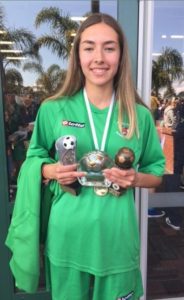 Baradene College, Auckland: Kaatje Ymker represented NZ at the Perth International Gymnastics Championships. Her team won bronze. Individually Kaatje was awarded Silver in the WAG in the Level 7 + Bean Event which led her to be placed 3rd overall for her level, finishing with the bronze medal.

Carmel College, Auckland: Paige de Seymour (Y12) has been selected for the NZ Girls U18 Football team to tour the USA in 2019.

Sacred Heart Girls’ College, Hamilton: Simone Peers (Y11) received the inaugural GirlBoss NZ Enterprise and Business award. The event coincided with the commemoration of 125 years of Women’s Suffrage. Tysha Williams won second place and a prize of $500 in the National Competition about NCEA and her ideas will be included with those of other students in the ‘Conversation about NCEA’. Nikitia and Kiara Toia have made the NZ Development Softball U17 and U15 ISA Team. 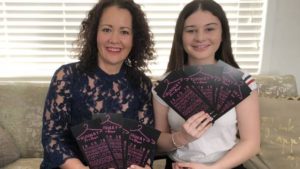 Kavanagh College, Dunedin: Jayden Apuwai-Bishop has been selected in the NZ U21 Men’s Curling team to compete in the World Championships. Kavanagh College claimed the girls and boys titles at the New Zealand secondary school curling championships in Dunedin. Girls team Temika Apuwai-Bishop, Emily Armstrong, Elizabeth Audas and Grace Apuwai-Bishop defended the title they won last year. The boys team was Stephen Xu, Will Campbell, Jayden Apuwai-Bishop, Hunter Burke, Nick Parata and Daniel McClymont. It is the first time a school has won both titles 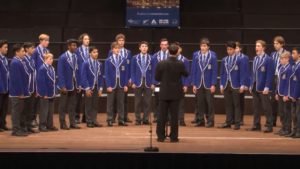 Congratulations to the following schools that received awards in the Big Sing National Finale 2018 Awards: